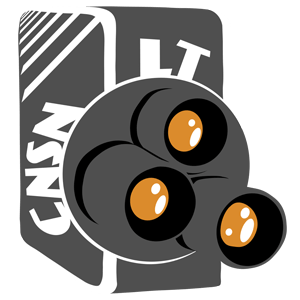 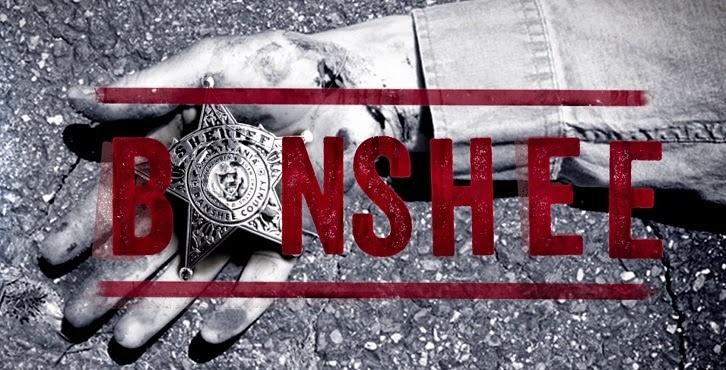 “Not to be born is best / when all is reckoned in, but once a man has seen the light / the next best thing, by far, is to go back / where he came from”

When I first saw the Cinemax’s action packed series Banshee, I had read zero to none information on the internet about it. So I didn’t know what to expect. After a few episodes of the first season, I still didn’t know what to think of it. Except for one thing: I was instinctively growing fond of it. It reminded me of something, but I still wasn’t sure of what it was. After the second season finale, there were no more doubts about it, these characters were retelling a very old story. The kind of story that brought you back to an ancient yearning of mankind: life’s purpose and the eternal search for redemption. So, it’s a modern greek tragedy. But not absolutely so.

The story appears to be simple: after 15 years in prison, a robber tracks down his former lover -and accomplice- to a small town called Banshee, just to find out that she has a new life, a husband and a family. By chance (or you can say by fate, a scheme designed by the gods) he gets the opportunity to take another identity as the town’s sheriff, so he can be around without too much explanations. His past is not clear and we don’t even know his real name throughout the series. But the consequences of his decision brings havoc to Banshee, as the story unfolds with many charachter arcs and fierce events.

So we have here the cursed Sheriff Lucas Hood, who brings death and pain everywhere he goes. But also, he’s the only one capable enough to stand against ominous foes. As the story progresses, he battles with his dark side, becoming more and more the “hero”. But make no mistakes, there’s no redemption there, and that’s not the purpose of the series. He’s still selfish and reckless, sometimes causing even more damage than repairs. To others, yes, but also to himself. Every action has a consequence, and for this ex-con, is hell on earth.

This shows works on its own rules. That’s something you will either love or hate. It has some of the most amazing action scenes I’ve seen on TV, but they’re over the top. It has that tarantinian feeling, but mixed with exagerated gun fights that reminds me the best of the 80’s  and 90’s hero flicks (it even includes the clichéd scenes, as the characater walks away in slow motion from an explosion, for example) and sometimes it reminded me the most absurd and incredibly enjoyable fist fights on film (if you want to see what I mean, click here). It has everything for exploitation fans: from vivid sex scenes to enough guns, blood and broken bones to make Rambo look like a choir boy. Yes, it’s that violent.  So, once you agree to its terms, and the implausible outcome of some of the scenes, you’re in for one outstanding action experience. If it wasn’t for the good character development, the inner demons they struggle, and the wonderful direction, photography and editing, this could be just another action series. But it goes way beyond that.

I already said this is the retelling of an old story, and it seems they’re very aware of that. The writers took advantage of the characters’ stereotypes to deal with some deep issues: morality, racism, vengeance, power, religion, love, justice, family and parenthood, just to name a few. If someone told you that you’ll only find meth cooking red necks, native american gangbangers and casino mobsters, a former amish kingpin, ucranian gangsters, a welsh assassin, several femme fatales, a satanist serial killer, mercenaries, drug dealing neo nazis, corrupt military men, and an idealistic and purist Kinaho psychopath in this show, you may think it won’t give you anything else but gun blasts and gore. But they’re craftily written to be something more and progressively outline several issues we can all relate to. Yes, you can get a moment of reflection, even see yourself, in any of these characters: they’re human beings. That’s what makes this show such a rarity, the subtle balance between good ol’ fashion sex and violence and really deep (and sometimes even unsettling) emotions.

I’ve mentioned the directing and editing, also the photography. They’re as much part of the series as the characters. The New York scenes, with their metallic and ocre atmosphere, back to Banshee, with its bluish and green bucolic tinge, to the muddy and brownish green Louisiana ambience (wich has nothing to envy to True Detective‘s first season) are nothing but eye candy. The constant and beautifully edited flashbacks within the episodes makes the backstory of each character a clue hunting -without dissapointing or teasing the viewer, just hooking you up in the mistery- and justifies what otherwise might be seen as nonsense actions. The fights coreographies, the special visual effects and overall postproduction is superb. Also, the audio FX and soundtrack adds to the series a very unique mood. Writing about Banshee without mentioning these facts is a crime, and I don’t want Sheriff Hood paying me a visit…

Some people say nothing’s new and everything is written. And they may be right. For what you have read so far, Banshee takes references and even pays homages to several movies, genres and stories. But what makes this series a must see is the voyage you’ll get with all those elements thrown together in a magic and refreshing formula. This “hero” is not your average one, but isn’t a strange one either. You’ll love him, hate him, laugh, cry and suffer with him. And you’ll get the same intense emotions from every single character in its wonderful cast. You’ll find yourself questioning wheter you should feel bad or good about some situations. And by the end, you’ll get why I said is like a greek tragedy, but not absolutely so. In the greek tragedies  the theme of a person’s moral responsibility for their destiny is always present. And in Banshee, they pay for their actions, big time. As one of the episodes’ title says, they know real life is the nightmare. But they’re not like Oedipus, a victim of the gods, murderer and incestuous by “mistake”. They’re their own gods, and that gives them the chance to escape fate. At least some of them do, depending on the interaction between sins, the clash of paths and the will to take a second chance seriously. Their actions, their weaknesses, are their own grim reaper. They can’t go back, all hell breaks loose when they do. The redemption comes from keep on going, trying to improve themselves, to evolve, never letting the guilt drown them. Also from the help they give one another. The day of reckoning will come, and they know it, but they’ll keep on trying to figure it out, fighting till their last breath. And that my friends, is an ode to life. Something odd to find in Banshee, isn’t it?

“We’re cons, we are made to believe that you pay for your sins by getting locked up…but maybe the way to redemption isn’t hiding on the mountain, maybe, is about choosing another road, down here, with the rest of us”.